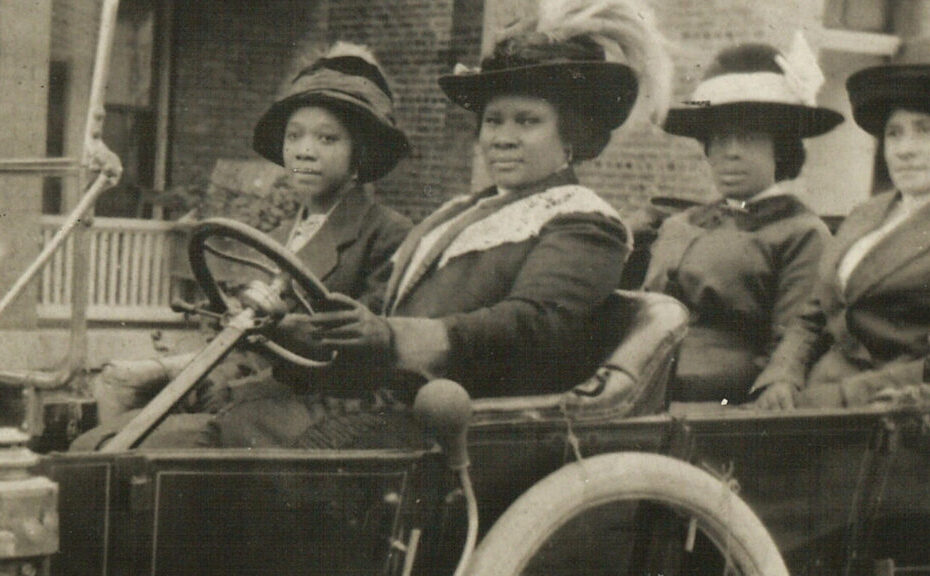 Entrepreneur, Activist and philanthropist Madam C.J Walker was born Sarah Breedlove on December 23, 1867 on the same Delta, Louisiana Plantation where her parents, Owen and Minerva Anderson Breedlove had been enslaved before the end of the Civil War. Sarah transformed herself from a laundress into one of the twentieth century’s most successful, self-made women entrepreneurs, starting her own company in 1906. What struck me about her was not only her incredible business sense and ability to sell but that through her sales technique she also empowered women, which is what made her brand even more successful.

One of the reasons that she inspired so many around her was that she loved to teach and train women to help themselves, back in a time where men ruled and many women were not even allowed to work let alone have a thriving profession. Sharing her success secrets with women who would then go on to work for her and in turn train other women is what expanded her company that is still running to this day.

From Breedlove to C.J Walker

Sarah Breedlove was orphaned at the age of seven and she survived by working in cotton fields. At 14 she married Moses McWilliams to escape. Her only daughter Lelia, who would later be known as A’Lelia Walker was born June 6, 1885. After the death of her husband, Sarah moved with her daughter to St.Louis to join her four brothers who were working as barbers. She started earning $1.50 a day saving every penny so she could send her daughter to public school. In 1984 Sarah remarried and this time to John Davis. It didn’t last because he was unfaithful and left her for another woman.

Sarah suffered from a scalp ailment that caused her to lose her hair, after experimenting and trying many different products to get her hair to grow back Sarah met Annie Malone (another African American Entrepreneur) who inspired her and she moved to Denver to work as a sales agent for Malone. During this time she found her gift for inspiring others.

Charles Joseph Walker, a St Louis Newspaperman was Sarah’s third husband. This is when Sarah changed her name to Madam C.J Walker. After discovering her own formula for hair grower she launched her own business selling the scalp conditioning and healing product.

To promote her products Madam C.J Walker went door to door promoting and demonstrating her treatments throughout the South and Southeast. This took her 18 months of her life.

Due to poor plumbing of the time washing hair was a luxury and as a result many women lost their hair because of bacteria and lice. Madam C.J Walker’s Wonderful Hair Grower allowed women’s scalps to be healthier and their hair would then grow back. While she went on to invent many beauty products this one was the most popular.

Not only did she help African American women look good but she also provided employment for many of them while also becoming a powerful force for social change.  While I was reading about Madam C.J Walker I noticed a pattern, that every time she had professional success she used that to create more hope for women.

By 1910 she settled in Indianapolis that largest manufacturing center where she built her own factory, hair and manicure salon along with a training school. She also wrote to the famous Booker T. Washington and asked him to invest in her newly formed company, he politely declined.

Through her salons and training programs Madam C.J Walker built a nationwide sales force providing lucrative incomes for thousands of African American women who would have otherwise worked as maids.

The walker system (what we would now call the pyramid scheme) is what turned her customers into walker agents for commission multiplied her ability to reach new heights in marketing.

Networking at as many black conventions and conferences, as she was able to including the National Association of Coloured Women. She wrote to Booker T Washington again asking for the right to speak at his upcoming conference and again he turned her down. However, Madam C.J Walker was not the type to quit and took every opportunity to contact him until she was finally allotted 10 minutes of speaking time.

When the time came from the conference Washington tried to dismiss her and stop her from speaking but despite these rebuffs Madam Walker was not to be ignored. On the final day she stood up and spoke. Everywhere she traveled she inspired others with her story to fight against racism and prejudice. She promoted self-reliance in an era where women were ‘kept’ by there husbands and being independent didn’t even seem like an option.

She joined and helped to fund the NAACP (The National Association for the Advancement of Colored People) and the NACW (National Association of Colored Women). In 1917 she held the first national meeting of Walker Agents in Philadelphia, drawing 200 delegates from nearly every state. She supported a silent protest march of 20,000 in New York City after thousands of blacks were lynched and burned alive. Walker joined a group of Harlem Leaders who visited the White House to present a petition advocating federal anti-lynching legislation.

Madam C.J Walkers Hair Culturist Union of America Convention in Philadelphia in 1917 was one of the first national meetings of businesswomen in the country. She used these meetings to reward her agents but also encourage them in political activism as well.

IIn 1998 Madam C.J Walker was honored by the U.S postal Service, which included her portrait on its Black Heritage Series of commemorative stamps. She also was selected by the National Museum of Women in the Arts as one of the 40 most important businesswomen in U.S history. With 200 books mentioning her story and a Netflix series made about her life. Like many others I was deeply inspired by her determination and bravery but the reason I felt compelled to write about her is that through social media and modern day life I came to realize that women are often made to feel the need to compete with one another and what Madam had was a confidence to raise other women up, every women she met and for me that is her real success. Madam C. J Walker not only changed her own life but changed the lives of the women around her, a true leader of the heroine tribe.

You can still purchase her products on the MCJW Beauty Culture website here.

‘Self Made’ originally published as ‘On Her Own Ground’

‘All About Madam C.J Walker’