Sally Morgan – ‘My Place’ and The Stolen Generations of Australia 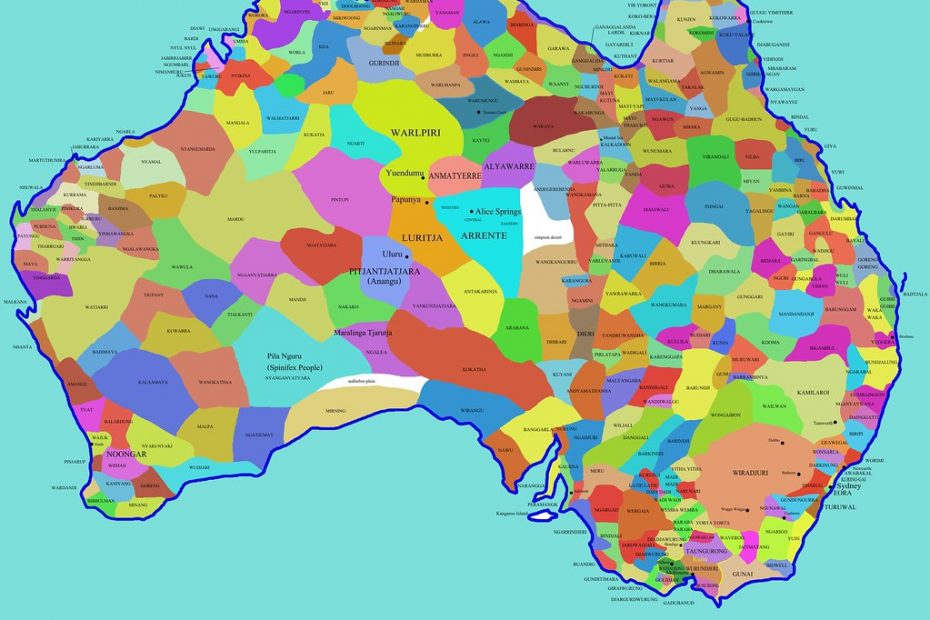 Sally Morgan is an influential Aboriginal Australian author and artist. Her 1987 autobiography ‘My Place’ is now considered a classic work of Australian literature. The book tells her personal family story, mostly through her own eyes, but with large chapters told by her mother, grandmother, and uncle, which are transcribed by Morgan.

Born in Perth, Western Australia in 1951 as the eldest of 5 children, she was raised by her mother and maternal grandmother. Her father had been a soldier in WWII and died after a long battle with post traumatic stress disorder.

Growing up in the Australia of the 1950s and 60s, Morgan was frequently asked what her background was, due to her non-white appearance. Her mother had always told her her ancestry was Indian-Bangladeshi. Morgan had believed this until the age of 15 when her grandmother simply broke down one day, lamenting the fact that she was ‘Black’. It was then Morgan learned she was really descended from the Palyku people of the Pilbara region of Western Australia, and that her mother had been a member of The Stolen Generations. By extension, Morgan herself had been stripped of her cultural identity.

After the settlement of Europeans in Australia, indigenous populations decreased by 90%. This extreme population decrease was caused by a number of factors including introduced diseases, displacement from lands, outright massacre, and not least, the widespread removal of children from their communities.

The term ‘The Stolen Generations’ refers to the systematic removal by Australian federal and state government agencies of Aboriginal children, particularly those with partly European heritage, from their parents. This abhorrent practice took place over the course of several decades from roughly the turn of the century right up until the 1970s. Estimates range from one in three to one in ten Aboriginal children having been removed from their families during that time. Authorities apparently believed they were taking children away from their families for their own good, that being raised in the ‘european way’ would be beneficial not only to the children themselves but to the country as a whole. These children were often raised by nuns in homes and shelters, to be taught the ‘european ways’.

Racist theories like Social Darwinism and Eugenics were taking hold around the world throughout the 19th century. This racist thinking led to many atrocities worldwide and Australia was no exception. Although these removals are no longer enacted by parliaments as they once were, the number of Aboriginal children being removed from their families is still disproportionately high in Australia today.

Morgan’s ‘New-Found Past’ and the Struggles of Being Aboriginal

It was common at that time for Aboriginal Australians to lie about their heritage. It was better and easier to be Greek or Indian or Italian than to be Aboriginal. Morgan’s mother had lied about being Indian in order to shield her children from the stigma that was attached to being Aboriginal. Throughout ‘My Place’, Morgan talks of how her mother and grandmother routinely worry about what other people might know or think about them, and of their inherent wariness of government officials. During the course of the book however, Morgan’s mother expresses remorse for denying her heritage and declares her pride in her Aboriginality.

Once Morgan learned of her aboriginality, she wanted to embrace it. She stopped telling people she was Indian. She even applied for a scholarship only available to aboriginal students, and was successful in receiving it. When people asked where she came from, she and her sister began to say ‘we’re Aboriginal’. She soon learned this was not an easy path to take. The following is an excerpt from ‘My Place’:

‘‘We often swapped tales of what the latest comment was. A few of our acquaintances had said, ‘Aah you’re only on the scholarship because of the money’. At that time, the aboriginal allowance exceeded the allowance most students got. We felt embarrassed when anyone said that, because we knew that that must be how it seemed. We had suddenly switched our allegiance from India to Aboriginal Australia and I guess, in their eyes, they could see no reason why we would do that except for the money.’’

‘‘Sometimes people would say, ‘oh but you’re lucky, you’d never know you were that, you could pass for anything’. Many students reacted with an embarrassed silence. Perhaps that was the worst reaction of all. It was like we’d said a forbidden word. Others muttered ‘oh I’m sorry…’ and when they realised what they were saying, they just sort of faded away.’’

One day, the Commonwealth Department of Education officially questioned Morgan’s Aboriginal heritage and therefore her eligibility for the scholarship. They called her into the office where they told her that a person well known to her and her sister had claimed the two girls had been going around campus bragging that they’d gotten the scholarship without actually being Aboriginal. That it was so easy that anyone could get it. In the book, she recounts how she at first burst out laughing, then lost her temper. She received the following reply from the senior official sitting across the desk: ‘Well, Ms Morgan, you’re either telling the truth, or you’re a very good actress!’.

‘My Place’ – Morgan’s Most Influential Work

Although Morgan has confessed that she read a lot but never intended to be a writer, she achieved the kind of stunning success that is rare for a first time author. ‘My Place’ awarded Morgan several accolades, including the 1987 Human Rights and Equal Opportunities Commission Award for Literature, the 1988 Braille Book of the Year Award, and the 1989 Western Australian Citizen of the Year Award for Arts, Literature and Culture.

Although Morgan has written other books, it’s ‘My Place’ that is to date her most influential work. Morgan has since found success as a painter, saying “painting is less intellectual, more intuitive. I’m a bit sick of words.’’

I personally read ‘My Place’ as part of my highschool curriculum, about 10 years after it was first published. The book had a profound effect on me as it did on countless others around Australia and the world. I’ve moved countries a few times in my life, and moved house more times than I can count. Many of my possessions have been lost along the way, but my dogeared copy of Sally Morgan’s ‘My Place’, a 1989 reprint which is 31 years old at the time of writing, has survived throughout and still takes pride of place on my bookshelf in Germany where I now reside.

Her story was so personal and yet so universal, ‘My Place’ changed the face of Australian literature by opening up conversations about Aboriginality, The Stolen Generations, and what it means to be Aboriginal in a modern world. It sheds a light on how much of Aboriginal culture and identity has been destroyed by colonialism, and even now over thirty years after the book was published, how much work has yet to be done before reconciliation can be achieved.