Pam Grier – The Queen of Blaxploitation 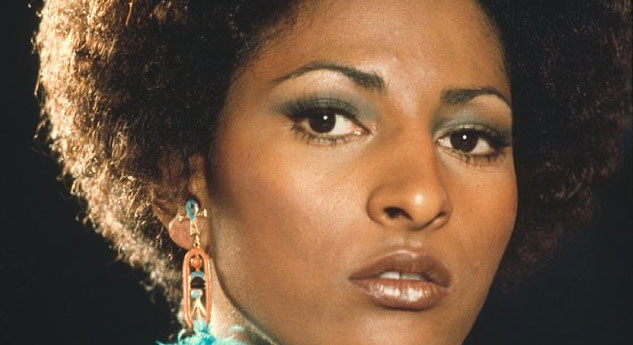 Pam Grier is considered to be the first African-American female to headline an action film. In an industry where black women were usually portrayed as maids, Grier’s characters who did martial arts and had gun fights with pimps marked the end, and the beginning, of an era.

Arguably now most famous for her title role in the 1997 film ‘Jackie Brown’, Grier has her roots in the blaxploitation genre of the ’60s and ’70s.

So-called exploitation films first emerged somewhere around the 1920s, but were not popularised until the ’60s and ’70s. The term ‘exploitation’ is used because the films attempt to profit from ‘exploiting’ current trends or niche genres. Some of the more obscure subgenres of exploitation film can be quite dark, morbid, pornographic, or all of the above.

Films of the blaxploitation genre starred black actors, and targeted black audiences. They emerged in the late ’60s when race relations in the US were shifting rapidly. What began as a tiny subgenre soon gained massive popularity. Hollywood soon realised the genre had a market with white audiences too. Blaxploitation films of the early 1970s would often stay in cinemas for longer than their big budget counterparts.

From Farmgirl to Filmstar

Grier was born in 1949 in North Carolina. Her mother was a nurse and her father a mechanic for the US Air Force. She grew up on her grandparent’s farm in Wyoming, and on US Air Force bases across the world. In a way, her real life upbringing had prepared her for the characters she would grow up to play. She says, ‘my grandfather was the first feminist in my life, from Wyoming, who taught all of us girls how to hunt, fish and shoot’.

I remember certain people saying: ‘Oh, she’s taking our jobs, she’s castrating men’ – as far as I was concerned, I thought: ‘We don’t need to walk behind you, we should walk beside you.'”

Although Grier’s life story is brimming with the types of Hollywood stories that make your head spin, she’s happiest away from it all in the countryside. Throughout her long career, she’s commuted back and forth, spending her work life in city hotel rooms and her private life in the country. Now over 70, Grier lives on her own property in Colorado, waking before dawn to feed the horses, and drinking from the mountain well. A life about as far away from Hollywood movie-making as I can imagine. ‘As a child, I’d gone up to my grandfather’s property in Wyoming, where everybody was attuned to the elements and to the earth’ says Grier. ‘That’s how I was raised. And then it can be stripped away when you move to the city…my equilibrium depends on me going home to a quiet place.’

Grier knew from a young age she wanted to be in TV and movies. Whilst putting herself through university in Denver, Grier said to her psychology professor, ‘‘ ‘I like television. I like movies. I don’t know what that’s called.’ He said, ‘That’s film school.’ ’’

Grier made her way to Los Angeles. The year was 1967, a pivotal year in American feminist and civil rights movements. Grier was excited by the feminist movement and she wanted to be part of it. “ ‘I started meeting these film students … there were no gender issues. It was the time of women’s liberation — Gloria Steinem and equal pay and equality. I thought, ‘I love this. This is why I am here. I want to get into film school.’ ”

She successfully got into UCLA to study filmmaking, she wanted to be a director. To earn money on the side, she was working as a switchboard operator for a casting agency. One of the agents there approached her and told her she had just the right ‘raw, unpolished and natural’ look for this particular role. Grier had never acted before and was reluctant to audition. Not only did Grier get the part, but she was catapulted quickly to fame. She soon became ‘The Queen of Blaxploitation’, not to mention arguably the first ever female action star.

Even amongst the incredible raw talent of that era of filmmaking, Grier stood out. “Does anyone personify the word ‘icon’ more than Pam Grier?,” said Jonathan Katz, CEO of the African American Network Bounce TV. “She blazed a trail not just for African American actresses but for all actresses, showing Hollywood that a strong woman would open and carry movies as the lead. Pam’s entire body of work still influences filmmakers and American culture to this day.”

When asked where she found the raw emotions we connect with in her characters, she answers: ‘It was being attacked as a child, by a patriarchal society that said it was O.K. to slap your mom or push women around or berate them. You would see that in many families, and, as a child, male or female, that abuse was just frightening’.

The Role of a Lifetime

By the 1980s however, blaxploitation films had gone out of fashion. In 1988, then in her late 30s, she was suddenly diagnosed with cancer. Her doctors told her she had 18 months to live and she had best go home and begin preparing her will. Despite this, after a long and gruelling year, she ultimately recovered. She has now been in remission for several decades. Grier doubted she would work in film again. Of course we now know she would, and she was yet to play her most iconic role.

People of my generation were first introduced to Pam Grier in Quentin Tarantino’s now classic film, ‘Jackie Brown’. How she came to star in that film however, was not so much that she was cast in a role, rather that Tarantino wrote the film specifically for her. He’s known for being a huge fan of B-Movie genres of the ’60s and ’70s, his entire career has been built on him bringing cult genres to the big budget movie world. He’d grown up a fan of blaxploitation and particularly of Grier’s characters in her two biggest movies of the early ’70s, ‘Coffy’ and ‘Foxy Brown’ The similarity in the title ‘Jackie Brown’ is no coincidence.

Along with paying homage to the blaxploitation films of the ’70s ‘Jackie Brown’ is an adaptation of the 1992 novel ‘Rum Punch’. Tarantino changed the ethnicity of its main character from white to African-American, and renamed her from Burke to Brown. He said of casting Grier that ‘to one degree or another, it was like casting John Wayne in a film… Pam is an icon and it became a Pam Grier movie.’

Pam tells the story of her chance meeting with Tarantino in LA, where he first told her about the script he was writing, and she didn’t really believe him.

“I’m in a car, driving in LA, and my passenger is Warrington Hudlin,” she said. “[We’re] stopped at a light on Hollywood Boulevard. I see this guy […] and Warrington says, ‘Hey, that’s Quentin Tarantino. Rumor is he’s writing something for you.’ He says, ‘Hey, Quentin, it’s Warrington, and I got Pam Grier in here.’ Quentin goes, ‘Oh Pam Grier. Oh my God …” He comes over to me and says, ‘I’m writing something for you based on Rum Punch, the Elmore Leonard book. And I’m going to send it to you as soon as I finish.” And I went, “Yeah right, sure.” And he said, “No, no — seriously, seriously.” He’s in tennis shoes, shorts and a T-shirt, wild hair and he’s just filled with excitement. He says, ‘You’re badass. You stand up for women. You get up and you put your neck on the chopping block. You know you really try to set examples, show people that it’s okay to win. It’s OK to fight.” And I said, “Wow, OK. I look forward to seeing the script.’ But what I was really thinking was, ‘Oh please let it be true.’

“Six months later, I’m in New York and I get notice there’s an envelope with insufficient postage, where you get that sticker. Back home in Colorado, they trust you and deliver the package, but in New York, they want that dime and nickel. It’s from Tarantino and it’s Jackie Brown. And I’m speechless. My face is just wet, from crying. I’d done four years of theater and was so grateful because I was ready. I had never felt so observed by anyone in my life. He has broken down every film I’d ever done.”