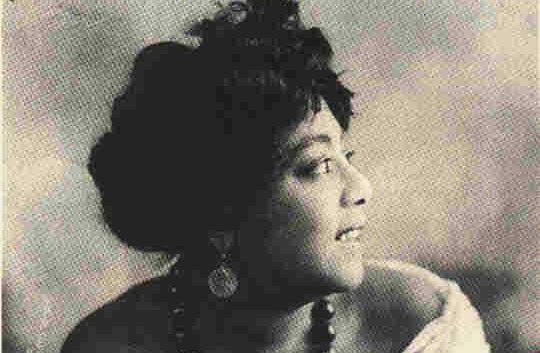 Mamie Smith and the ‘Crazy Blues’

Mamie Smith, (1891 – 1946) was an African-American singer who, on the afternoon of Tuesday the 10th of August, 1920, just happened to make history. Although she wouldn’t have known it at the time, nor would anybody have been able to foresee the importance of that studio session, she’s now credited as being the first African-American person to sing on a blues record. The song ‘Crazy Blues’ made history in itself by becoming the first real blues recording.

As with many events that would go on to shape music history, this one too was an accident. Smith hadn’t even been scheduled to sing that day. The Ukrainian born American singer Sophie Tucker had called in sick, Smith was called in as a replacement. Smith entered the studio that day accompanied by the band known as ‘The Jazz Hounds’, to sing on a song written by songwriter and producer Perry Bradford.

What is ‘The Blues’?

Nowadays, blues music is so much a part of the musical genres we hear around us, it’s hard to imagine a time when it had not yet truly been categorised.

What we now call blues music had been developing amongst African-American communities in the deep south, alongside ragtime, jazz, and gospel, during the latter half of the 19th century. Due to the lack of recording technology at that time, it is impossible to know now what the music really sounded like, however we do have a few written accounts. For example that of Charlotte Forten (1837 – 1914), a free born African-American woman who worked as an anti-slavery activist, poet, and educator. She wrote in her diary in 1862 that she “came home with the blues”. She then went on to talk about her depression, then about the songs that were popular among the slaves at the time. She said the songs “can’t be sung without a full heart and a troubled spirit”. Something that is still true of blues music today.

We can see from this quote that ‘the blues’ as a way to describe a feeling of sadness, woe, or sorrow, had been around for some time. However when it came to using ‘the blues’ as a term to describe a genre of music, the term was still pretty loose by the 1920s. At the time, songs sung by African-Americans were referred to as ‘race music’. With the advent of recording technology, styles such as vaudeville, gospel, jazz, and ragtime, began to be recorded and sold. Songs by African-American artists were called ‘race records’, and they were only marketed to black audiences. Using the word ‘blues’ in the title of these recordings was popular before 1920, but it was used for songs which weren’t really the blues. Rather they were vaudeville or ragtime.

If we’re talking about recordings with the word ‘blues’ in the title, then ‘Crazy Blues’ was not the first, nor even the second or third. It is however, the first recording of what we now categorise as ‘blues music’. In order to be called ‘the blues’, the music must fit a specific scale pattern and chord structure.

‘Crazy Blues’ was a huge success, reportedly selling 75.000 copies within its first month. It was popular with both black and white audiences, something not previously thought to be possible. Mamie suddenly found herself a rich woman, her success paved the way for other black female singers like Ma Rainey and Billie Holiday to reach huge audiences on both sides of the racial divide.

Smith went on to record other music in her career, but she didn’t become a fully fledged blues singer. She mostly went back to vaudeville where she’d started. Nonetheless, she had already made her place in history.

Buried Without a Gravestone

She appeared in a few films during her life and made a few more records, but none matched the success of ‘Crazy Blues’. She died in New York in 1946 after a long illness, reportedly penniless. She was buried at Frederick Douglass Cemetery in Staten Island, without a headstone.

Her grave remained unmarked for 67 years, until a gofundme account was set up in 2012 to erect her a gravestone. It was finally erected on the 20th of September, 2013. Ninety-three years, one month and three days after the recording of ‘Crazy Blues’.